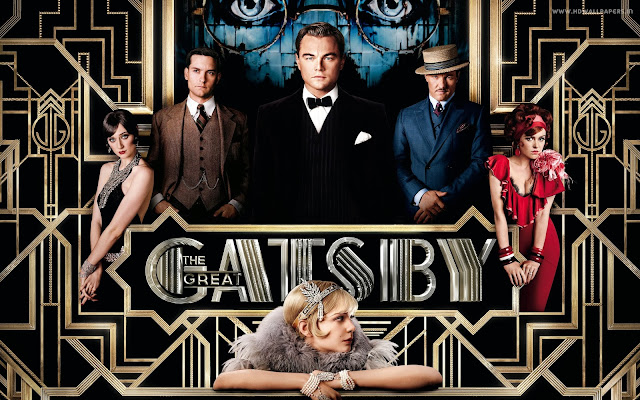 From Amazon: "Aspiring writer Nick Carraway goes to New York City at the height of the Roaring Twenties and is drawn into the world of the super-rich and the mysterious millionaire, Jay Gatsby."

Because this movie was made by Baz Luhrmann (Moulin Rouge, Australia, Romeo+Juliet), I had high expectations. And a lot of those expectations were met: beautiful cinematography, a good amount of music, a nice tragic love story, over-the-top but well-done drama. Unfortunately though, it got pretty slow towards the end, and the music wasn't nearly as integrated as it could (and I think should) have been.  I'm not sure an entire song was ever played through, and it wasn't nearly as important to the plot of the movie as it was, for example, in Moulin Rouge. I was disappointed. But as for the rest of the movie, the acting was great and the story was great, and there's not much more you need for a high rating from me.
Posted by Shannon Mawhiney at 9:00 PM No comments: Links to this post 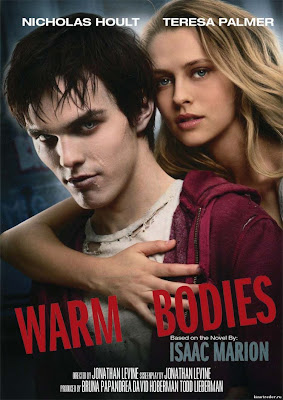 From Amazon: "An unlikely romance between a beautiful human teen and a sensitive undead slacker sets off a chain of events with the power to transform the world."

After reading the book of the same name, this movie just didn't compare. Big surprise I suppose, as so many people say the same thing about so many books-turned-movies. But I really expected this to be at least almost as funny and dramatic and dark as the book, and it just didn't live up to expectations. It actually starts out good with some quick humor, but it very quickly dies down and the majority of the movie drags. Acting is mostly sub-par too, which does it no favors. If you're looking for something to pop in and have as background noise while you work on some homework, it's not terrible. If you're actually looking for Isaac Marion-level entertainment, read one of his books.
Posted by Shannon Mawhiney at 6:19 PM No comments: Links to this post

Book Review: We Have Always Lived in the Castle by Shirley Jackson

From Amazon: "Since the mysterious death of four family members, the superstitious Mary Katherine 'Merricat' Blackwood, her ailing uncle Julian, and agoraphobic sister Constance have lived in a bizarre but contented state of isolation. But when cousin Charles arrives in search of the Blackwood fortune, a terrible family secret is revealed."

First of all: I need to read more Shirley Jackson books. I loved this one. Her writing is poetic, easy, and creepy all at once. And I love books full of realistic, believable characters, no matter what genre, and Jackson does this perfectly. Even minor characters are entirely believable, especially in the horrible things they do and the subsequent horrible feelings (or lack thereof, depending on the character) that follow. Seeing the story through crazy Merricat's eyes is gripping in a way that almost makes you feel detached from the story, as she does, but also with the full realization of what's happening. I haven't enjoyed a book this much in a while, especially one written twenty years before I was born. It isn't an especially long book, I don't remember any particularly bad language or goriness, and I think high school and older would probably enjoy it.
Posted by Shannon Mawhiney at 11:29 AM No comments: Links to this post

Email ThisBlogThis!Share to TwitterShare to FacebookShare to Pinterest
Labels: Book reviews, Reviews, Shirley Jackson, We Have Always Lived in the Castle

From Amazon: "An otherworldly invasion is underway, and mankind needs a hero. What it gets instead is John and David, a pair of college dropouts who can barely hold down jobs."

This movie was unexpectedly great and hilarious. I had no clue what it was about before watching it (mainly because I haven't read the book, which I may go back and do now). I doubt I'd want to watch the movie again though, if only because the end sort of unraveled and was suddenly gory. Hence the 4/5.  But good on it for making me want to read the book; that's a rare thing for me.
Posted by Shannon Mawhiney at 9:10 PM No comments: Links to this post