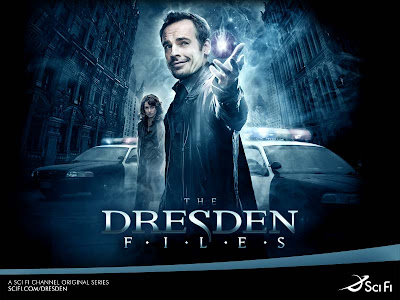 Though it was on the hokey side, "The Dresden Files" television series (based on the book series of the same name by Jim Butcher) was really entertaining and unfortunately short-lived. The abrupt summary from IMDB: "A Chicago-based wizard works as a private investigator." It may run as re-runs on the Sci-Fi channel (SyFy now, right?), but since we don't have cable, all I know is that at one point it was available on Netflix's instant queue.

Harry in this show is everything a viewer could ask for in a good-guy supernatural protagonist: he's sarcastic (but not too sarcastic), angsty (but not too angsty), smart and powerful but with plenty of screw-ups and weaknesses both past and present (see: angst), and an adult with a boyish sense of humor along with a healthy dose of maturity.  All of the other characters (Karin with the Chicago Police Department, Bob the ghost/mentor stuck in his long-dead skull, etc.) also exceeded my expectations after having read the first few books of the series; to the point that, if I may say so, the TV series outdid the books. Where the books try to make Dresden out to be Superman with the angst of a clique of teenagers (and is super sexist in most of what he notices about women, how he treats women, and in what he thinks about women, but all the women want him...?), Dresden in the TV series just IS powerful, and just HAS angst, without it being hammered into your consciousness every five minutes. And he isn't the pinnacle of fashion, but he isn't the sloppy bum the books describe him as either.  And he's shy in his occasional romantic moments and seems much more gentlemanly.

Anyway. tl;dr - I miss this show, and I wish the books were more like it.
Posted by Shannon Mawhiney at 8:00 PM No comments:

Movie Review: The Woman in Black 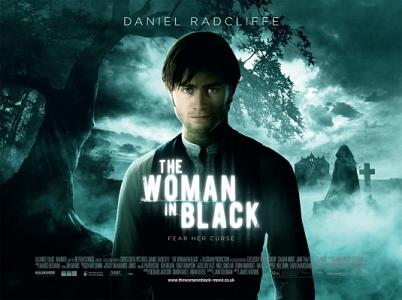 Based on the book of the same name by Susan Hill (which I have not read), this movie is good-scary. Creepy-scary. The kind of scary I like and can't often find. It's not gory, and it only has a couple of cheap-ish, jump-out-of-your-seat scares.  And it's a really good story to which I hope they make a sequel.  (UPDATE: They're making a sequel for 2014!)

My husband and I rented this expecting it to be bad, to be quite honest. We hadn't heard much about it and figured it was because Daniel Radcliffe hadn't been able to pull out of Harry Potter-mode. In the very beginning, he actually is very Harry-ish when interacting with his character's son, and I almost wrote the movie off right then. But after that, he made me forget that he was Potter and I was glued to the TV.  The atmosphere is great (anything with possessed Victorian wind-up dolls creeps me right out), the acting is great (after those first few bumps), and it made for a believably scary story that entertained my socks off (which is a feat, considering how much I love wearing socks.)  Radcliffe made me believe his mourning and desperation without going over the top, and I absolutely loved the ending. I am super excited and can't wait for The Woman in Black: Angels of Death.
Posted by Shannon Mawhiney at 12:36 PM No comments: 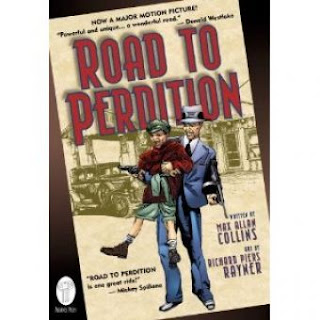 From Amazon: "Depression-era Chicago: a city riding a tide of liquor and blood, ruled by guns, graft, and gangsters. At the top of the heap is Al Capone... and Capone's most feared hitman is Michael O'Sullivan, known to friends and enemies alike as the "Angel of Death". But when Sullivan's eight-year-old son witnesses a gangland execution, father and son find themselves facing off against the most merciless gangster of all time."

This is the graphic novel on which the movie of the same name (which is awesome) is based.  I didn't even know until recently that the movie was based on a book, so, it being one of my favorites, I decided to read the original story.

This is one of the best graphic novels I've read, though I'm not big into them (so, small pool from which to compare).  But, and maybe if I hadn't seen the movie first I wouldn't feel this way, the book makes for a more realistic plot, while the movie makes for a better story.  The ending isn't as good (though I'm still looking forward to reading the sequels), and some key plot points are, in my opinion, done better in the movie. And even though there's no way I'd ever be able to draw as well as Richard Piers Rayner, I had a hard time following along sometimes because some characters were drawn too similarly, or some frames of the same character were not drawn similarly enough.

Still a good, quick read, and I'd recommend it to fans of the movie.
Posted by Shannon Mawhiney at 9:46 PM No comments: